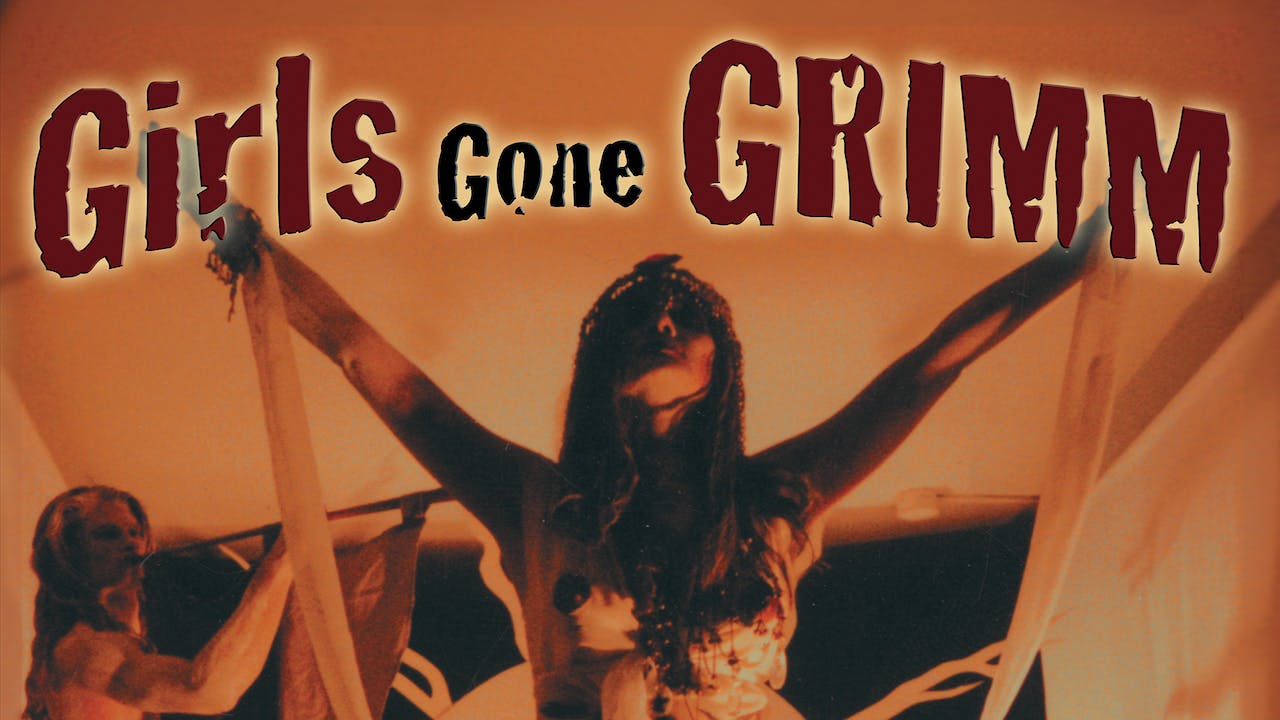 "Welcome to the Elaborate Empire of Ache. Herein there are no words. There is no color. Everything you see hides behind the dust, scratches, and grain of the ages. Images flicker along to pulsating rhythms. There is nothing natural here. Movement is stilted, slowed, or speeded. Shadows abound and eye make-up is plentiful. This empire of ache originates from the cinema primeval, an extension of early
experiments in expressionism. This is film-making capable of evoking a visceral response to the seemingly simple oneiric monochrome images and overtly complex soundtrack. These are sights and sounds that don't belong to the world. These are visions that remain on the periphery of
conventional modern narrative. They have been summoned out of the darkness by the talented Lisa Hammer and the members of her Blessed Elysium Moving Film Company,). Also included is
"Not Farewell Sweet Flesh," the only full-color piece to be seen in this collection. The look of the piece is reminiscent of Italian horror films, complete with over-dubbing that sounds as if it's come from some third-party preview. The rest of the films can best be described as beautifully rendered, nightmarish fables. The real stand-out of the collection is "(The Elaborate) Empire of Ache" which has less Maya Deren and more Robert Weine. The outlandish costumes, askew sets, chiaroscuro lighting and
multi-layered music cohere to create an unsettling fantasy world." -Mike White, Cashiers Du Cinemart

"...I contacted the people at Sacrum Torch and demanded that they send me a copy of these films for my very own. Several weeks later, I was delightfully rewarded with a videotape containing most of them, called "A Night of Märchenfilme" (Now "Girls Gone Grimm") - from "märchen", the German word for fairy tale. A fitting title, chock full as it was with gnomes, fairies, evil witches, and other impish, elemental beings. And what would you expect from a company called "Blessed Elysium Productions" after the Greek word for "paradise" in classical mythology?... You will be amused, bewildered,
and not a little bit creeped out...I was charmed by the originality, the wit and the whimsy, the peculiar absurdity of the plot lines, the grotesque, bizarre, fantastic costumes, the spooky mood lighting, and the over-all effective use of the medium, a harlequinade of clownish knavery and dreadfulness on b&w super-8, artificially stressed film made to look like a relic from the Charlie Chaplin days, including
old-timey-looking title pages in place of dialogue. "Pure genius" , I said to myself, and I don't say that often." -Dagobert's Revenge

"I get really irritated by compilation tapes comprised of short films that have no business being compiled together. Thankfully, that's not the case in this decade's worth of work from Blessed Elyssium Productions' Lisa Hammer. Ranging from 1987 - 1996, this collection of six shorts shares a number of common traits. They're all shot in a flickering, scratchy black and white style reminiscent of 1920's cinema, they're all essentially silent films, and they're all, well, pretty weird. Among the highlights are "Adieux, Dames," a surreal, voyeuristic encounter of what appears to be a woman's suicide dance, and the bizarre, indescribably hallucinogenic "(The Elaborate) Empire of Ache." The centerpiece of the collection, however, is undoubtedly "Jorinda and Joringel," a Brothers Grimm fable adapted as a sexually charged gothic fantasy about a handsome prince's struggle to rescue his betrothed from the clutches of an evil witch. Come to think of it, you could add "sexually charged gothic fantasy" to the list of constants linking these films. These odd and disturbing live action films would be right at home in the creepy animated world of the Brothers Quay." - Merle Bertrand, Film Threat Magazine